We are counting down to the start of the 2016 FIA World Endurance Championship season in Silverstone, Great Britain. Where the Ford GTs will make their official overseas race debut on April 17th. During this same weekend the IMSA series will take over the streets of Long Beach, CA to run the third WeatherTech Sportscar Championship race of the season.

This is only possible because of strategic partners like Mitee-Bite. We rely on your dedicated team and premium clamps every day to achieve our goal of building world class engines.

Roush Yates Engines is proud to be the exclusive manufacturer of the twin turbo Ford EcoBoost V6 race engine that will power the Ford GT “Super Car,” as referred to by Dave Pericak, Global Director, Ford Performance.

The twin turbo Ford EcoBoost V6 will power a four car team this weekend, which will span across two continents for Ford Chip Ganassi Racing in pursuit of victory lane.

Since 2004, Roush Yates Engines has achieved over 255 combined wins in the IMSA and NASCAR series. In 2016, we will supply the power for 114 races and provide team support to 14 NASCAR, four (4) IMSA and two (2) FIA premier teams. 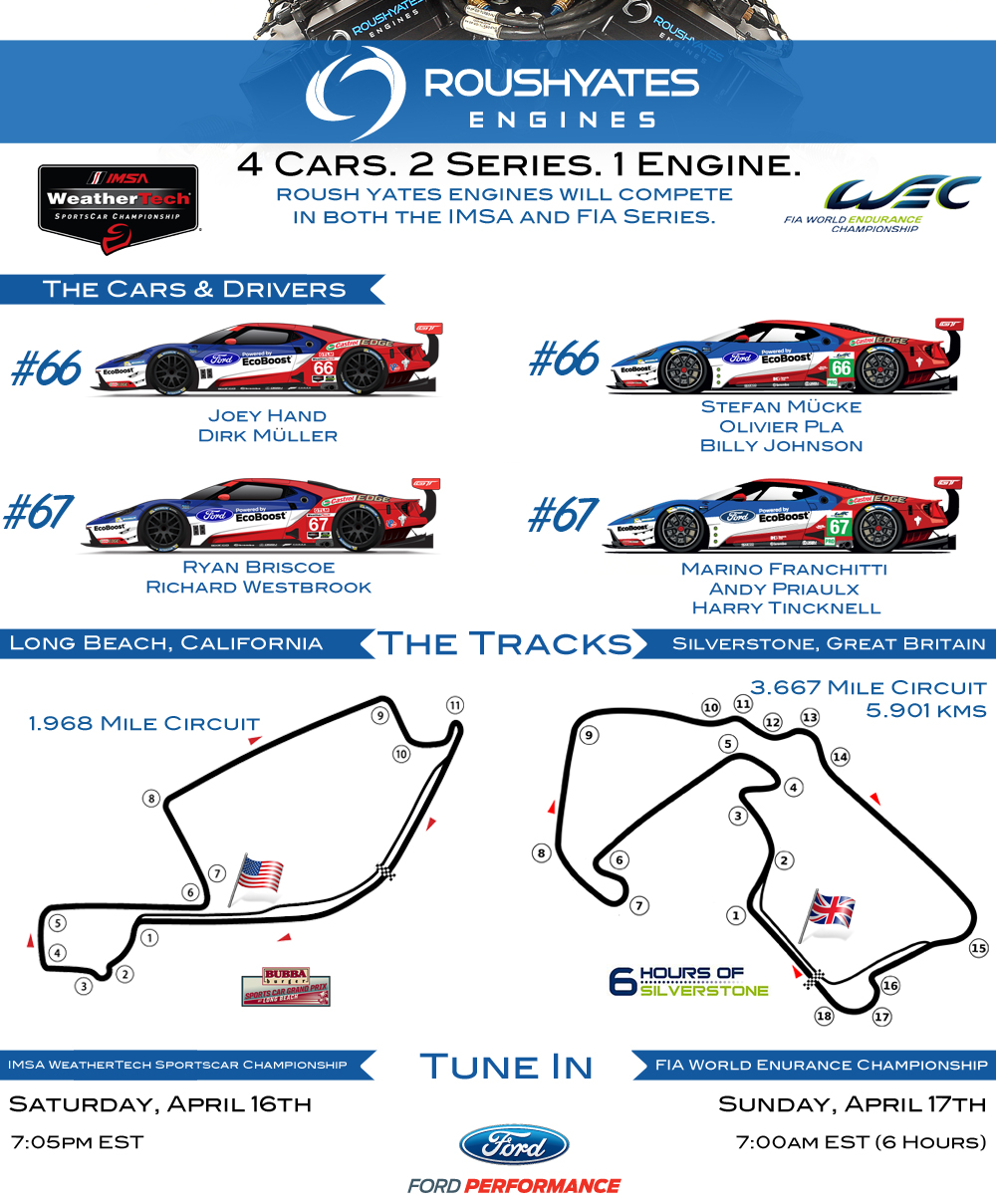